We continued our Torah Story unit with the story of Kind Little Rivka, the second mother of the Jewish People. 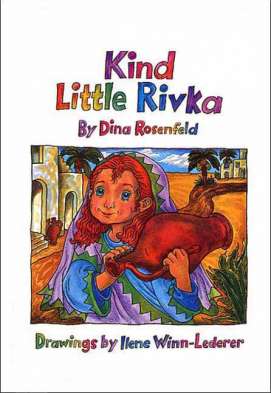 After reading and reviewing the story, we had a blast acting it out.  You will notice similar poses with different children because both groups acted it out seprately. 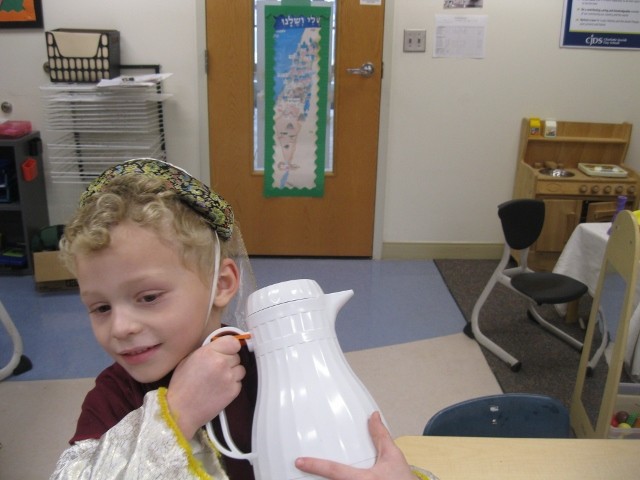 One day, Rivka decided to go to the well to bring back water for her family. 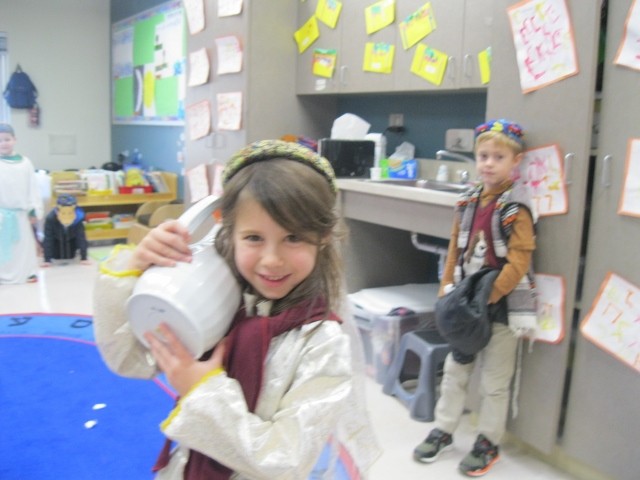 She found an empty pitcher, lifted it high on her shoulder and went on her way. 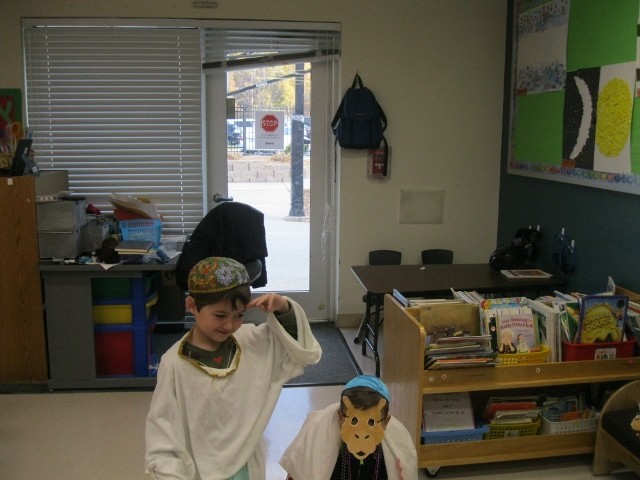 That same day, on the other side of the desert, a man named Eliezer began walking with ten camels following behind him. 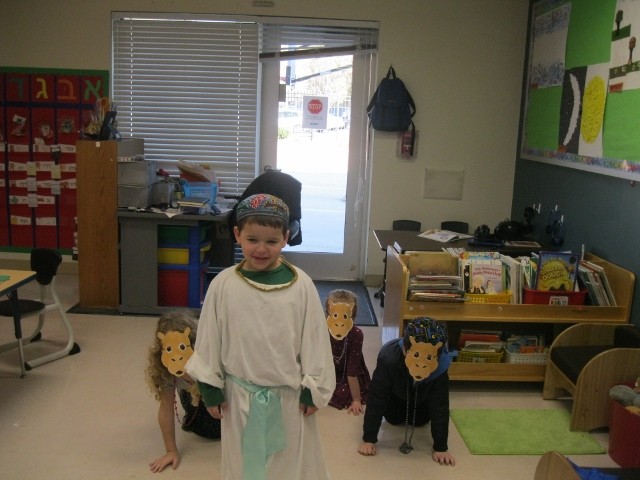 The camels were loaded with bags full of presents. 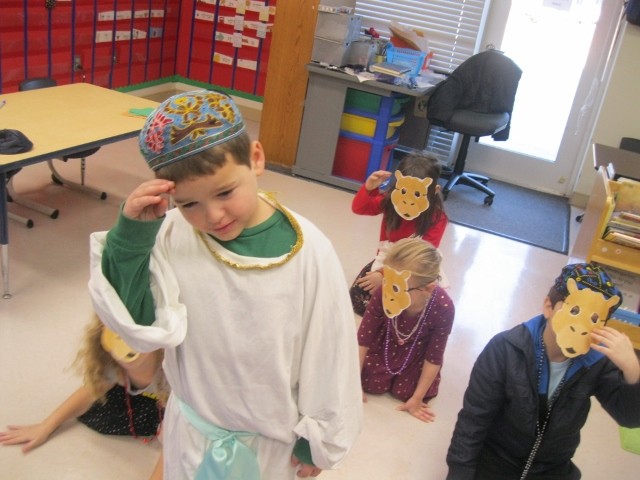 It was hot, hot, hot in the desert. 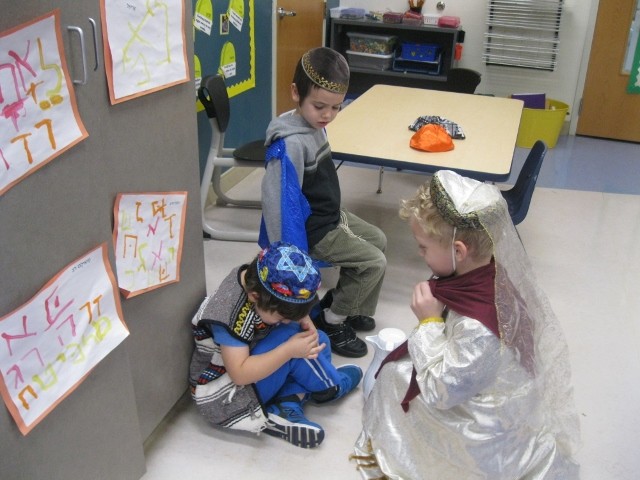 Eliezer saw Rivka coming to the well with her pitcher on her shoulder. On her way she met a little boy. 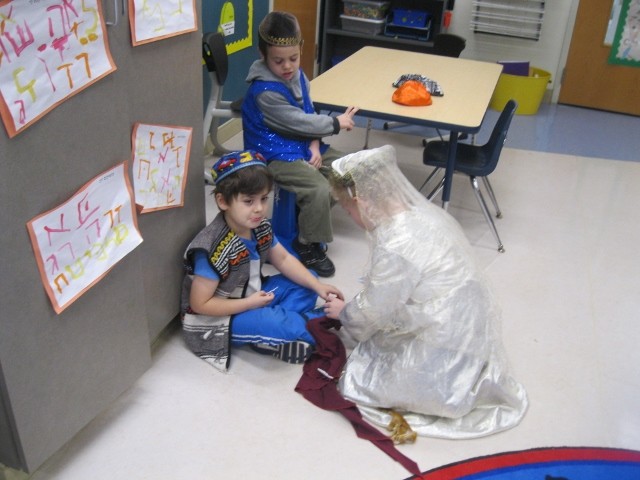 The boy was crying. “I hurt my foot on a sharp stone and I can’t walk any more.” 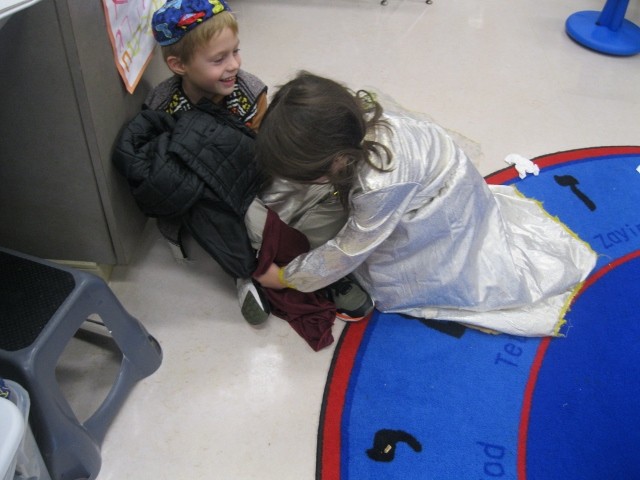 “I will help you!” The little girl took off her scarf and wrapped it around the boy’s foot like a soft bandage. 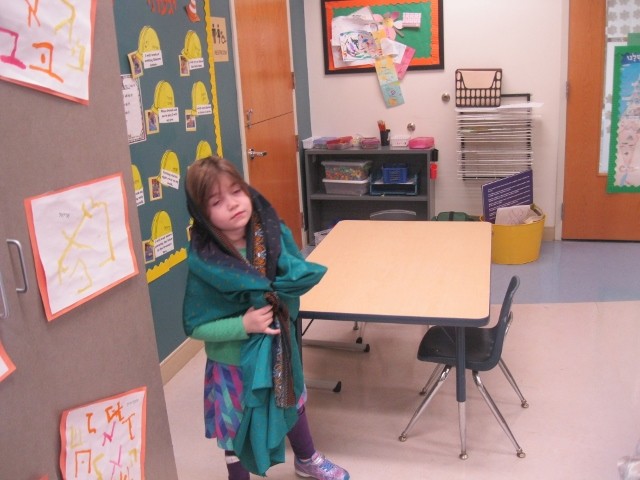 Rivka walked along until she met a women who was wandering from one side of the road to the other. 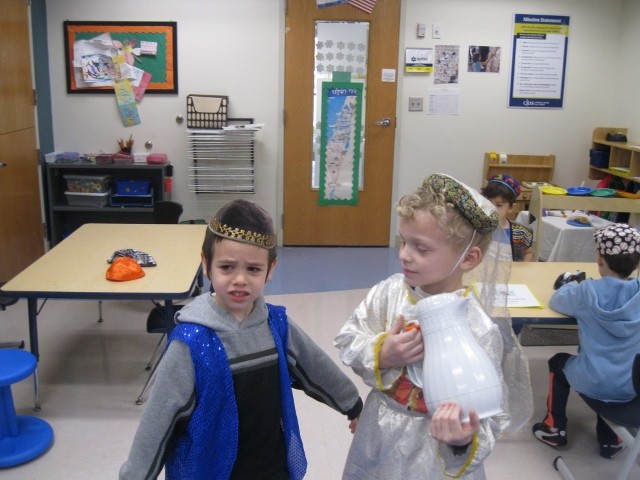 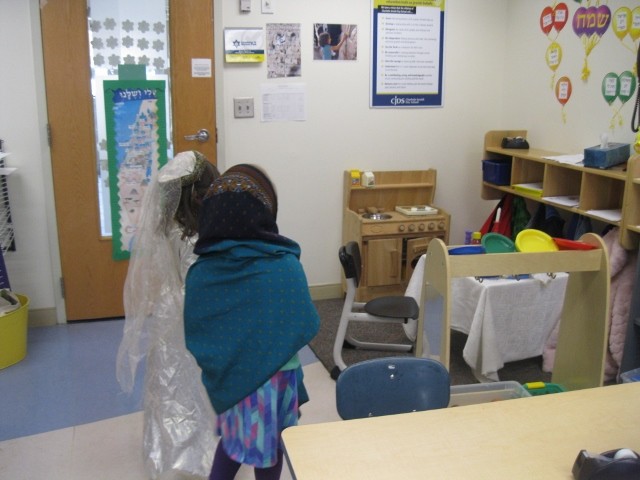 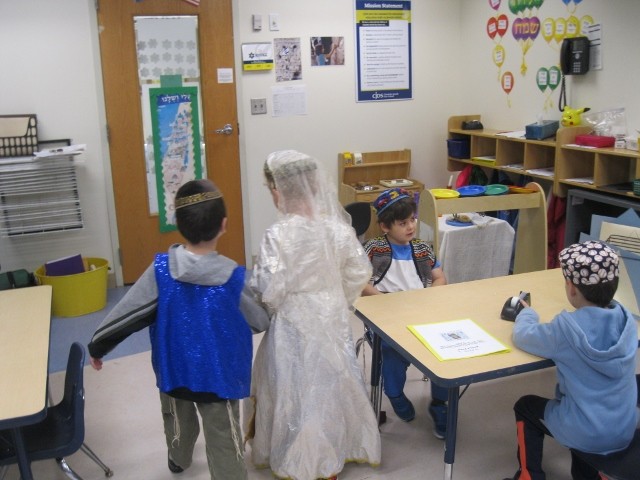 Rivka took the woman’s (or man’s) hand and walked by her/his side until they reached the right house. 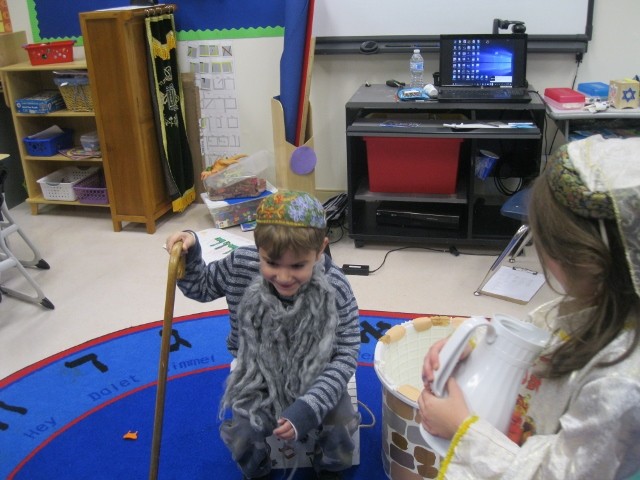 An old man with white hair came over to the well. The little girl jumped up and gave her seat to the old man. 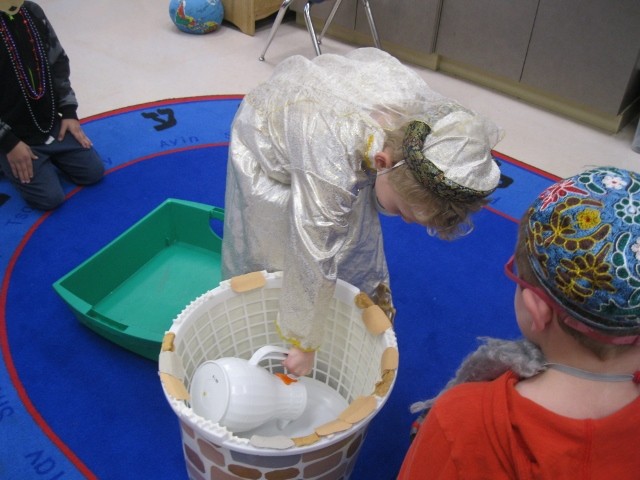 Finally, little Rivka bent down to fill her pitcher. How surprised she was when the water in the well came up to meet her! 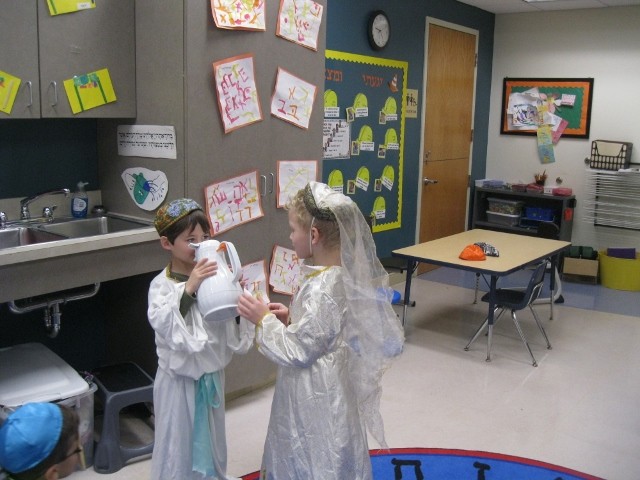 “Please, may I have a little sip of water from your pitcher?” 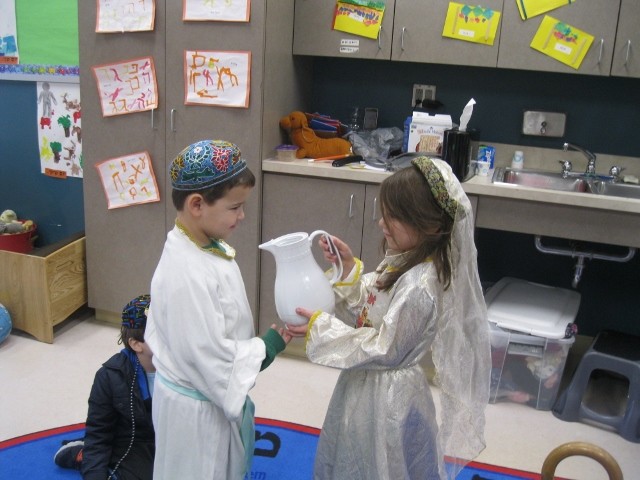 “Of course you may drink!” 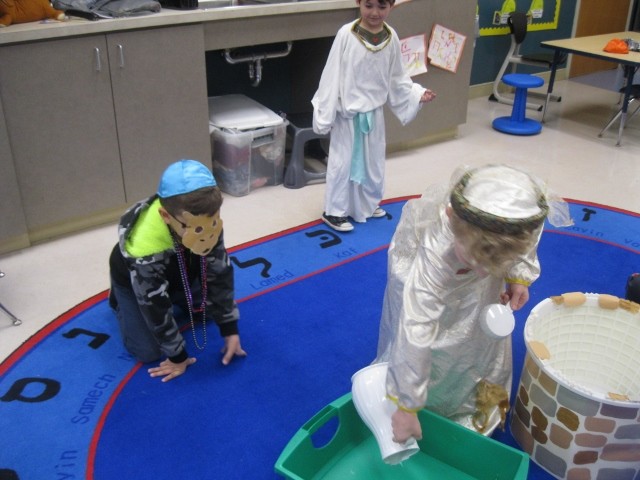 “Now I will also give water to your camels!” 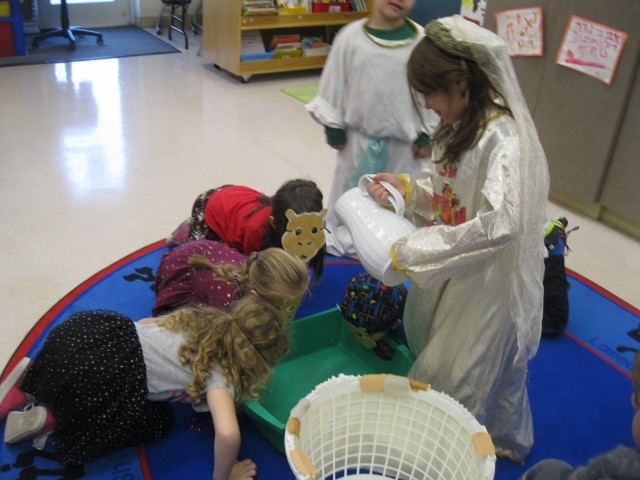 Back and forth went Rivka, filling and spilling…. 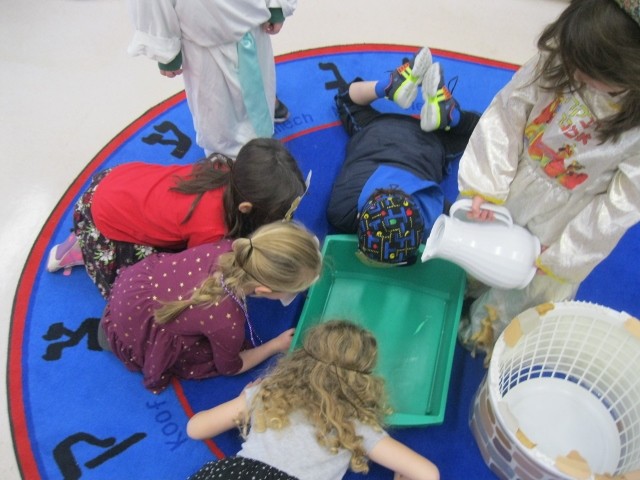 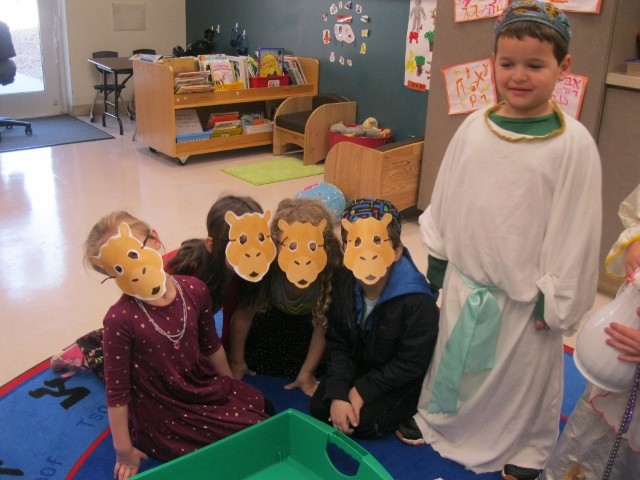 She did not stop until all the thirsty camels had enough to drink. 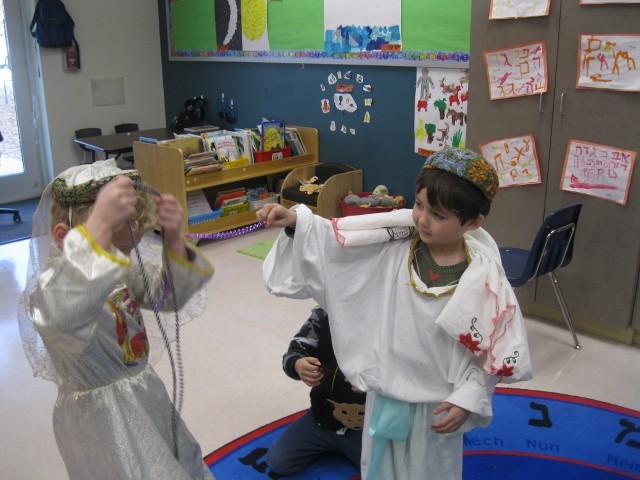 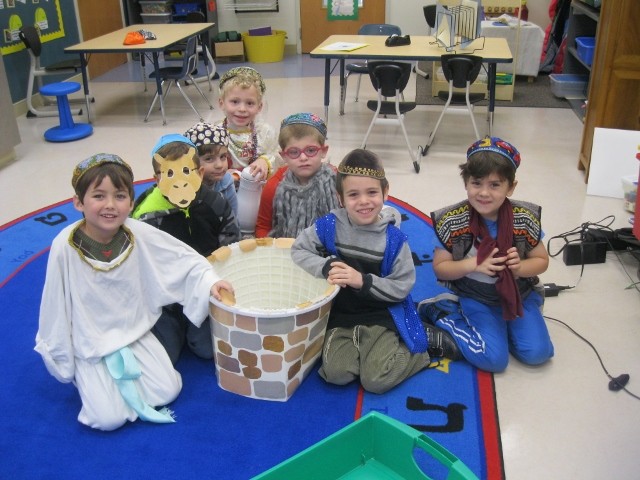 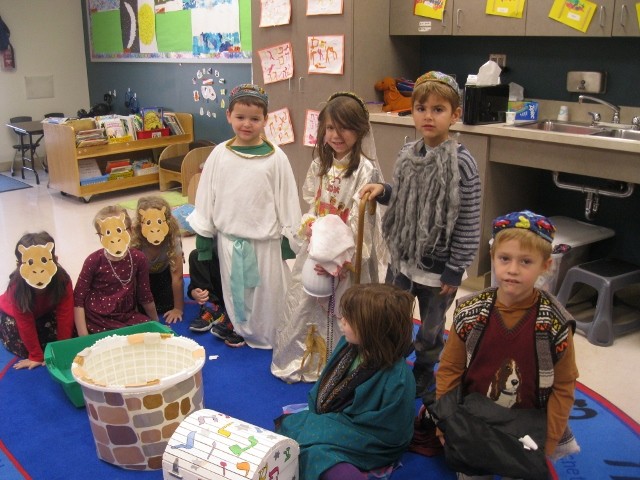 … and became one of the mothers of the Jewish People!