We’ve had an awesome 5 days this week! The students had a chance to vote in our student council election and got to practice casting a vote for U.S. president as well. This was an excellent opportunity for them to learn about the election process and their right to vote! 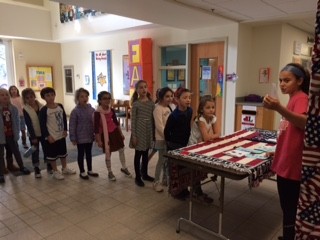 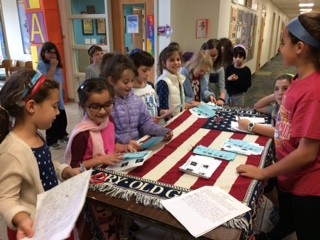 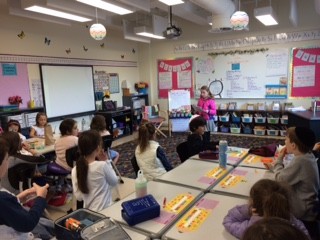 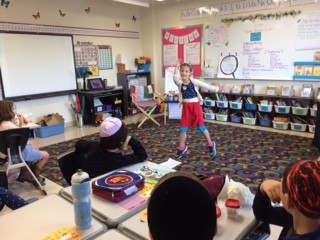 Now that the election is over our class has begun focusing on ways to spread kindness and joy! We brainstormed ways that we can help others, solve problems, and build a strong classroom community. We are always on the hunt for chances to make someone’s day a little brighter! 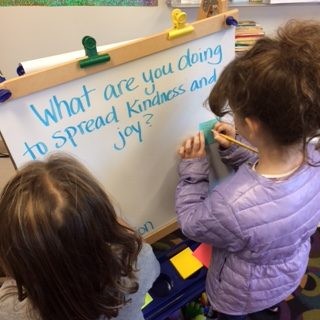 The students read a fiction story called Ugly Vegetables this week and worked on using context clues to figure out the meaning of unknown words. We finished our first chapter book read aloud and began a new book called The Map Trap about a boy who is obsessed with maps! We are finding that we have to use context clues to figure out many of the challenging words in our read aloud book! This week, the students also went on a hunt around the classroom for words that began with the prefixes “un” and “re” and then they determined what the words meant. We learned that prefixes are not words by themselves but when they are attached to the beginning of a root or base word, they change that word’s meaning. For example: tie, becomes untie. We have also continued to work on identifying nouns and making them into plural nouns by adding “s”, “es”, or “ies” to the end of the noun. Ask your child if they can tell you the rules for turning nouns into plural nouns!

Here are some of our readers hunting around the classroom for words with the prefixes “un” and “re!” 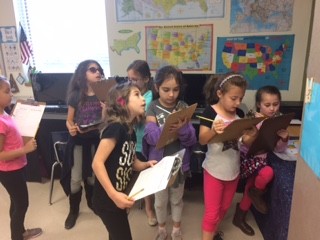 The students finished their stories this week and had the chance to begin editing their work. We are working on beginning each sentence with a capital letter and ending with punctuation. The students have learned that capital letters and punctuation are needed on every sentence every time they write. Our next writing unit will focus on how to organize writing pieces. The students will write stories and nonfiction pieces that contain several paragraphs! 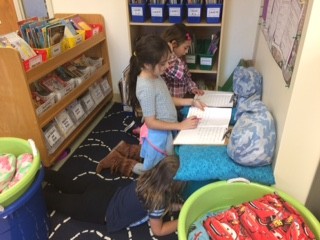 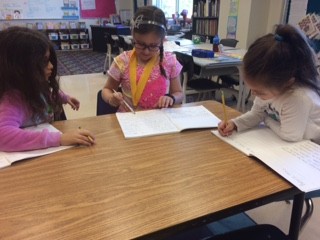 The students began new vocabulary curriculum this week and it has been a huge success! This curriculum, called Vocabulary Workshop, focuses on 10 words each week that are introduced through a story. The students and I, read the story together and then discuss the words. If a word has more than one meaning, then the student will learn both meanings for that word. For example, this week the students studied the word dash which can mean to move quickly, or to add a small amount of something, like a dash of salt! The students will be working independently and with partners on several activities in each unit to help them learn their words. Throughout their practice the students are encouraged to write in complete sentences which begin with a capital letter, end with punctuation, and contain a noun and a verb. This curriculum will also introduce the students to many different genres of text like realistic fiction, magazine articles, folktales, informational fiction, biographies, recipes, and more!

We have been working hard this week to pay for items and make change! One of the most challenging concepts the students are working on is not giving back too much change. For example: If you use a dollar to pay for a snack that costs .45 cents, the students often say you need .65 cents back. In order to help them find the correct amount of change, the students are encouraged to use what they know about place value and add the tens and the ones together separately. Another strategy the students have learned is to count up from the price of the item (.45 cents) and stop at the money spent (one dollar.) Our next math unit will cover number stories that ask the students to add or subtract, more work with money and change, as well as temperature, time, and two digit addition and  subtraction.

Below are some “customers” and “clerks” shopping for items and making change! 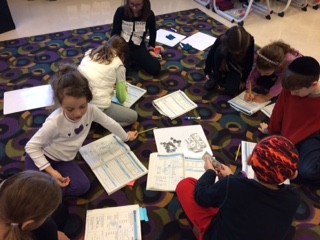 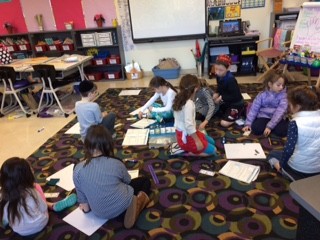